Robert and Mike Mills of the iconic band R.E.M. took Mills' unique Concerto for Violin, Rock Band, and String Orchestra  on tour in 2016-17, playing to sold-out venues along the East coast.

Click the photo for a behind-the-scenes glimpse at the tour! 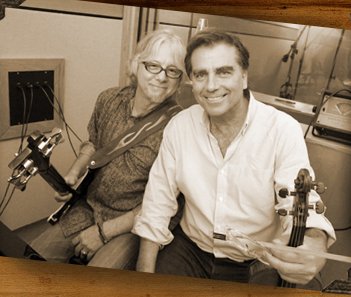 Press about the Concerto and Tour

"“Melody is Mr. Mills’s strong suit, and he has filled his work with bluesy themes, propulsive figures and ear-catching riffs. ...  Much of the work’s charm is in its virtuosic solo music, to which Mr. McDuffie brings the same energy, verve and warmth of tone that you hear on his recordings of concertos by Samuel Barber, Philip Glass and John Adams. ... The disc is a calling card for the McDuffie Center for Strings, Mr. McDuffie's training institute at the Townsend School of Music at Mercer University in Macon, Ga. Both the Mills and one of the two companion works, Philip Glass's Symphony No. 3 (1995), are given impeccably polished, shapely readings by the MCS Ensemble, led by Ward Stare, the music director of the Rochester Philharmonic Orchestra. Between the orchestral works, Mr. McDuffie and the pianist Elizabeth Pridgen collaborate on an alternately humorous and soulful account of John Adams's "Road Movies" (1995).”   - Allan Kozinn, The Wall Street Journal (10/24/2016)

ClassicalWorld.com, "Mike Mills of R.E.M.'s 'Concerto for Violin, Rock Band and Orchestra' Out This Fall"